KOZ SR: The submitted Recovery Plan will not help us catch up on Europe.
The Recovery and Resilience Plan submitted to inter-ministerial consultations, which ended yesterday, has the potential to improve the living standards in Slovakia, however, it will not be sufficient to catch up on the European average as promised by the Finance Minister Eduard Heger. The Plan is not ambitious enough and in particular, it contains essential and long overdue reforms. “While Slovakia is trying to implement what should have been implemented a long time ago, other EU member states will use the time to perform ambitious
innovations,” states the official opinion of KOZ SR.

According to KOZ SR, the Plan contains few structural reforms which would address the most crucial challenges, including digitization, Industry 4.0 or sustainability focusing on social security and workers’ rights. The document, apart from poor workers’ protection, does not reflect on many important topics, such as lifelong learning, which is crucial for the retention and improved adaptability of highly-skilled labour force, equal opportunities, gender equality, social inclusion and protection of socially marginalized groups.
In the area of education, which is supposed to be a pillar of our competitiveness, the document completely ignores lifelong learning and the lack of pre-school facilities. “And yet, the solution of these two issues would improve work-life balance, the position of women at work and their return to work, and it would eliminate women’s disadvantaged position once they retire,” explains KOZ SR Vice-president Monika Uhlerová. In her opinion, the priorities related to the labour market clearly lack any measures targeted to the employment of older people, considering the aging population.
In addition, KOZ SR is dissatisfied with measures aimed at carbon neutrality. KOZ SR believes that building renewal is concentrated purely on thermal insulation which is a method that has already been used before. “The plan does not deal with the greening of developer projects or the reuse or reconstruction of brown fields for the purpose of housing or office areas which could reduce the built-up area and the environmental footprint,” reads the opinion.
In terms of sustainable transport, the proposal lacks a long-term strategy for the financing of public transport and does not sufficiently address workers’ protection and re-training, which is essential due to the loss of jobs as a result of transport digitalization. “Only public transport which does not struggle with financial uncertainty can become the most eco-friendly means of transport and a competitive alternative to individual transport.”
The plan has no clear ambition in the area of structural changes in the industry and national economy, which could significantly improve its resilience. KOZ SR believes that new investments should be directed to segments other than the automotive industry, which is very unsustainable from the long-term perspective and comes with significant environmental footprint in its entire lifecycle. “The pandemic has shown us the potential of pharmaceutical industry, which has a long-standing tradition in Slovakia. It is equally important to support the establishment and development of SMEs, especially in services,” adds KOZ SR.

Furthermore, KOZ SR has substantial reservations to the part dedicated to public finances sustainability, especially given the envisaged retirement reform. The Confederation does not agree with the increase of the retirement age and its interconnection with the average life expectancy, as such system reduces the predictability of the retirement age and traumatizes older people. “Annual increase of the retirement age based on the average life expectancy is not common in EU member states and currently, it is used only in Portugal. KOZ SR does not agree with a return to this unsuccessful experiment,” said KOZ SR President Marián Magdoško. In addition, instead of automizing the entry into the second pillar for insured persons by the age of 35, trade unions ask for the elimination of the second pillar, which reduces financial stability of the continuous obligatory retirement scheme and does not provide Slovak oldpension scheme participants the profit or certainty that have been promised to them. The Confederation also refuses the new proposal for children to save up for their parents’ retirement, as this policy discriminates parents of disabled children or people with no children. KOZ SR calls upon the establishment of the so-called pre-retirement and the strengthening of the third pillar.
Trade unions support the proposed pro-growth tax mix. Nevertheless, they believe that the Recovery Plan lacks a more detailed description of such reform. The change of the tax mix is considered to be a good basis for fair taxation, however, KOZ SR stresses that the reduction must apply especially to low-income households. On the other hand, KOZ SR sees space for further capital taxation, including the establishment of new taxes on new forms of businesses, including digital and environmental tax. As for changes in the property tax, KOZ SR calls upon the creation of price maps without any negative impact of the increased tax on the expenses of households which own only one property burdened with mortgage. The Confederation also stresses the need for efficient tax collection and minimization of tax evasion and fraud.
KOZ SR calls on the Government to include social partners and the wider public into the finalization and implementation of the Recovery Plan. The consultation process of this extensive material took only 10 days, which is not enough. The Recovery Plan must be submitted to the European Commission by the end of April 2021. Therefore, KOZ SR supposes that there will not be enough time to evaluate comments and make significant changes to the Plan based on these comments. The Recovery and Resilience Plan will therefore be a result of narrow political agreement of the current political representation. 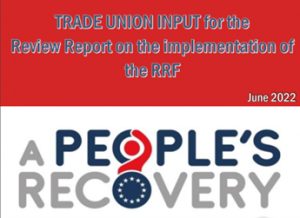 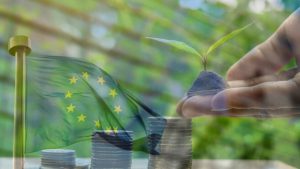