Topic 1: Post-Pandemic Society: Understanding the Hopes and Aspirations of the Public

Several crises are nested within one another, resulting in a risk of fanning populism and weakening our democratic institutions. The pandemic crisis is an accelerator of transformative processes within our societies, and tensions will become exposed. Lack of action may create a toxic social environment, mostly due to a lack of trust in government and European or international institutions. A large-scale survey conducted between July and August in Germany, Poland, Italy, the Netherlands, France, the United Kingdom and the USA attempts to understand the hopes, fears and aspirations of the public in the postpandemic society. People are anxious about health, the economy and divisions in our societies.

The majority of people fears that an economic depression will lower the level of economic activities and make a drop in pay more likely. As the second pandemic wave damages public health, and as the economy enters a severe depression, people fear that society will become increasingly divided.

Despite widespread pessimism, people are experiencing a society that cares more about others. People feel that they know more about how other people live. The survey reveals differences regarding how proud people are about the way in which their own countries are managing the crisis. The lower the opinion of citizens regarding 4 the competences of their own government, the more unfair the policy response appears to those citizens’ eyes.

It is time for change and in this regard, people do not want to go back to where they were before the crisis. They perceive the relevance of the quantity of money spent during this crisis and they appreciate the investment in public health, in vaccines, in support for industries and services and in furlough schemes. Money that has been spent well, but the question is whether we should rebuild with a view to a better future or go back to how things were? People do not want to go back; they want to see a new normal characterised by fairness and reciprocity (see also topic 7 and 8).

People still consider climate change a policy priority. The crisis has showed that if we want to, we can reduce our environmental impact, and a majority of people think we are not doing enough for the environment. The Green New Deal can become the glue that brings environmental and social forces together.

Regarding taxation, there is large and noticeable support for getting rid of overseas tax havens; companies must also pay proper taxes (lowest support is 87% in the Netherlands). Guaranteeing fair wages to all workers is a huge concern (lowest support is 89% in the UK). Respondents would like to see businesses that receive public money making investments to protect the environment or capping senior executives’ pay. They expect governments to be vocal in businesses in which they hold a stake; workers should be on board as well.

The majority of people would feel reassured by more, and more effective, international cooperation.

A progressive agenda must promote fairness, reciprocity and environmental protection, delivering on jobs, health and the fight against climate change. There is political momentum for designing fairer taxation systems, increasing wages and capping the pay of senior managers. This agenda must give a pivotal role to local authorities and social partners. It is preferable for this agenda to have an international dimension, but it has to be appreciated by citizens for the tangible benefits it brings to them. 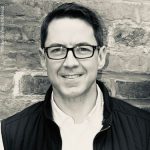 Matt Browne is a senior fellow at the Center for American Progress in Washington DC, leading the organisation’s work on populism, the transformation of progressive politics and renewal of democracy. Matt is the founder of Global Progress, an international network of progressive leaders, policy analysts, strategists, think tanks and foundations, and also co-chairs the Berggruen Institute initiative on the “Renewal of Democracy in the Digital Age”. Matt sits on the board of a number of progressive foundations including; Policy Network (UK), Canada 2020, VoltaItalia, Tera Nova (France), and the Duesto School of International Relations (Madrid). Formerly, Matt served as the executive director of Policy Network, an advisor to the Blair government and British Labour Party, and to former European Commission President Jacques Delors during the Laeken Council.. He continues to advise a host of progressive leaders around the globe. 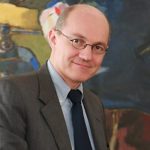 Do you want to be update? 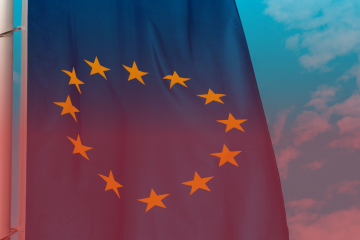 Topic 8: Employment policies and sustainability (SDG8 and10) against the post-COVID economic outlook

Topic 7: Financing the green and digital transitions and social component of sustainability, the point of view of private investors